How Does SmartLipo Triplex™ Work?

This laser-assisted lipolysis procedure is performed using a small cannula (or tube) about the size of the tip of a pen, which is inserted under the skin. The laser delivers energy directly to the fat cells through the cannula, causing them to rupture. The liquefied fat is then gently suctioned out. New collagen is produced, resulting in tissue tightening. The three laser wavelengths contained in SmartLipo Triplex™ allow your physician to customize treatments based on the nature of your concerns.

What are the advantages of SmartLipo Triplex™ over conventional liposuction procedures?

First, both treatments remove fat, but unlike SmartLipo Triplex™, conventional liposuction can leave behind loose skin. Second, because local anesthetic is typically used with SmartLipo Triplex™ treatments (instead of general anesthesia), you’re awake during the procedure—that’s a real plus, leading to a faster, easier recovery. SmartLipo Triplex™ can also create a high definition, sculpted look by defining waistlines in women and abdominal muscles in men (six pack). 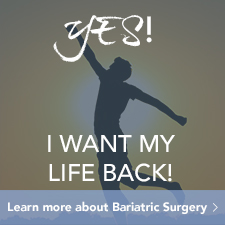 Is there a recovery period?

SmartLipo Triplex™ is a minimally invasive procedure, which usually requires only local anesthesia. Some light bruising may occur, but you’ll be able to return to normal activities within a day or two.

How do I know if SmartLipo Triplex™ is right for me?

The best candidates for SmartLipo Triplex™ are women and men who are not significantly overweight, but have accumulated fat deposits—such as love handles, flabby upper arms, excess neck or facial fat or fat on the lower torso. A consultation with a SmartLipo Triplex™ physician can provide you with the best information.

*All information subject to change. Images may contain models. Individual results are not guaranteed and may vary.